Gaeta what to see in one day

Gaeta what to see in one day

Whether your holiday in Gaeta lasts a day or 15, you cannot leave the city without visiting its most important places! Here is a list of 10 must-visit places, updated in September 2019, that will make you fall in love:

Bell tower of the cathedral

The bell tower of the cathedral in full Norman-Moorish style rises majestically over Medieval Gaeta.

With its 57 meters high it is considered one of the most important monuments of the city.

Built between 1148 and 1279 by Nicola d’Angelo, on a base made up of the stones of the ancient mausoleum of Lucio Sempronio Atratino, it consists of three floors surmounted by a small dome with an iron cross at the apex.

Inside there are several works from the Roman era: columns, sarcophagi, two marble bas-reliefs depicting the biblical story of Jonah and the whale.

Currently the bell tower is attached to the Cathedral of Santa Maria Assunta in Cielo. 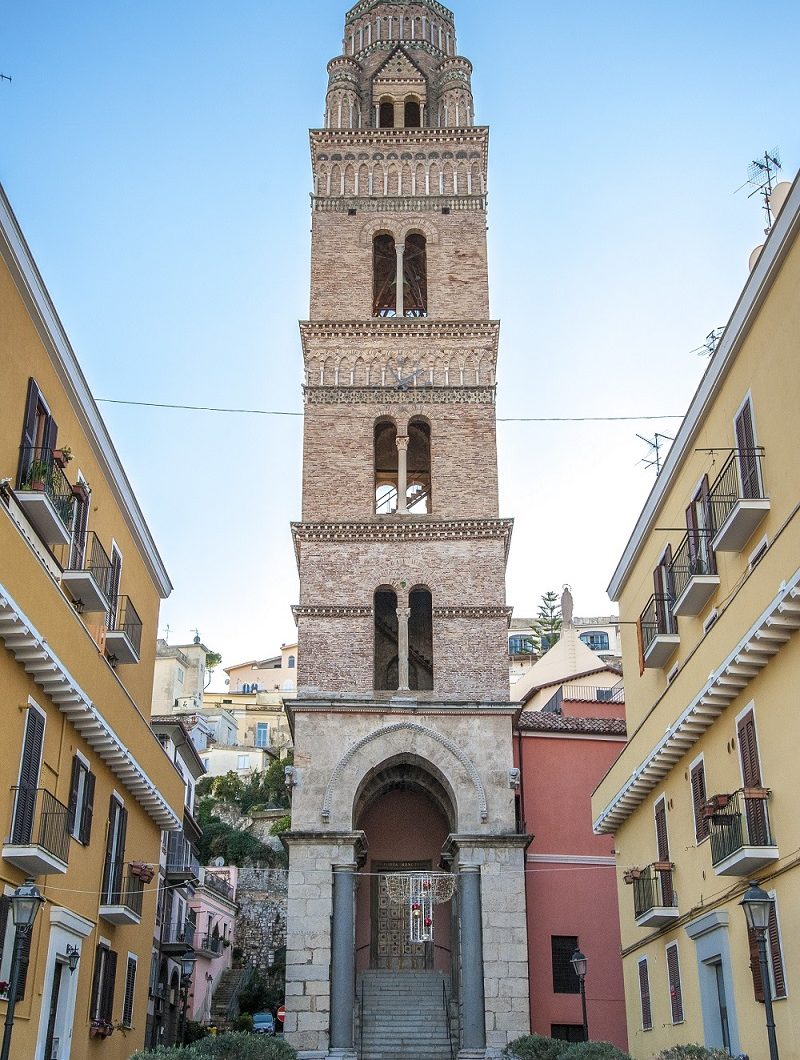 From a small door communicating with the sacristy of the church of SS. Annunziata, you enter the chapel of the Immaculate Conception and immediately enter as into another dimension.

Completely covered with pure gold and works of art, once you enter you will be able to admire the entire cycle of paintings concerning the life of Jesus and the Madonna entirely made by Gianfilippo Criscuolo in 1531.

The picture of the Immaculate Conception was painted by Scipione Pulzone instead. In fact, it is said that, right here, on 8 December 1854, during his forced retreat to Gaeta while he was in prayer, Pope Pius IX instituted the dogma of the immaculate conception. Even Pope John Paul II visited the chapel during a pastoral visit to Gaeta!

For about 10 years, the Church of the Annunziata has been recognized the title of “Twin Sanctuary” with the sanctuary of Our Lady of Lourdes. If you want to satisfy your eyes and spirit, the golden chapel is for you! 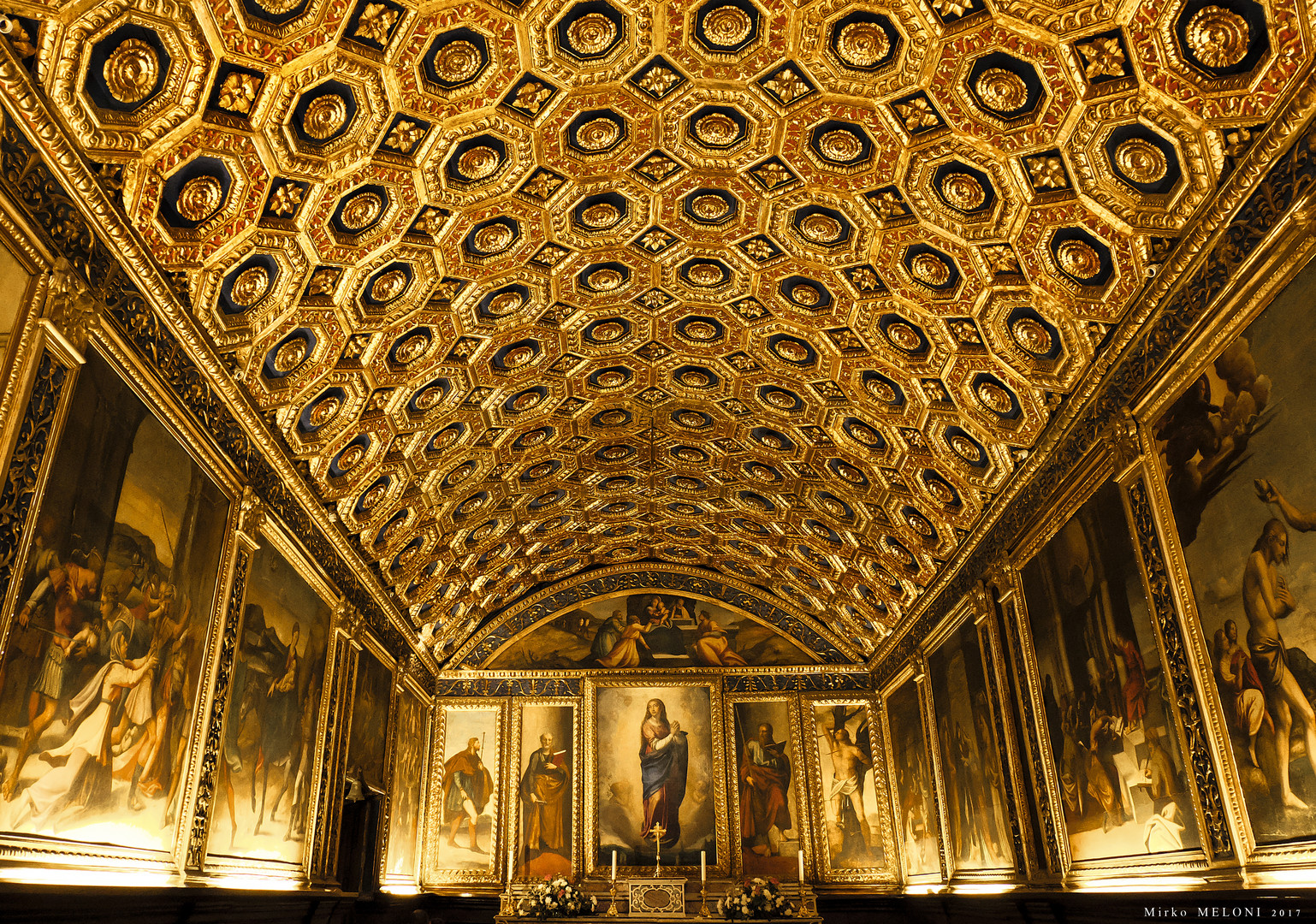 In ancient times Gaeta was protected by imposing bastion fortifications in such a way as to cushion the gunshots coming from the sea.

The former embankment of the “Corpo Guardia La Favorita” was of extreme importance during the period of Spanish domination which began in 1504.

Two years later the city, completely in the hands of the Spaniards, was visited by King Ferdinando Il Cattolico.

On this occasion, the king designed a plan to surround the city with new fortifications against possible enemy attacks.

The project was completed by his nephew, Emperor Charles V. Between 1516 and 1538 several bastions were built surmounted by a battery of cannons, among these, the only one still left in Gaeta is the bastion with the battery “La Favorita”.

It is possible to visit the rampart of Gaeta only on Saturdays from 6 to 9 pm.

According to the sources, it was St. Francis himself who lived in this temple in 1222!

In ancient times the temple was nothing more than a simple, typically Franciscan structure until, in 1285, King Charles of Anjou enlarged the church and the convent.

During the Napoleonic invasions, the convent was taken away from the Franciscans and the church fell into ruins until 1848, when, at the behest of Pope Pius IX, Fernando II restored the temple.

Considered the most impressive and elegant church in Gaeta, it consists of 3 naves, of which the central one is about 72 meters long!

Externally it has been finely decorated with rich spiers and embroidery while inside we can contemplate several paintings from the royal collection of Capodimonte.

To get to the church on foot you have to go up a long staircase, but once you get to the top, the view you will have will compensate for every effort! 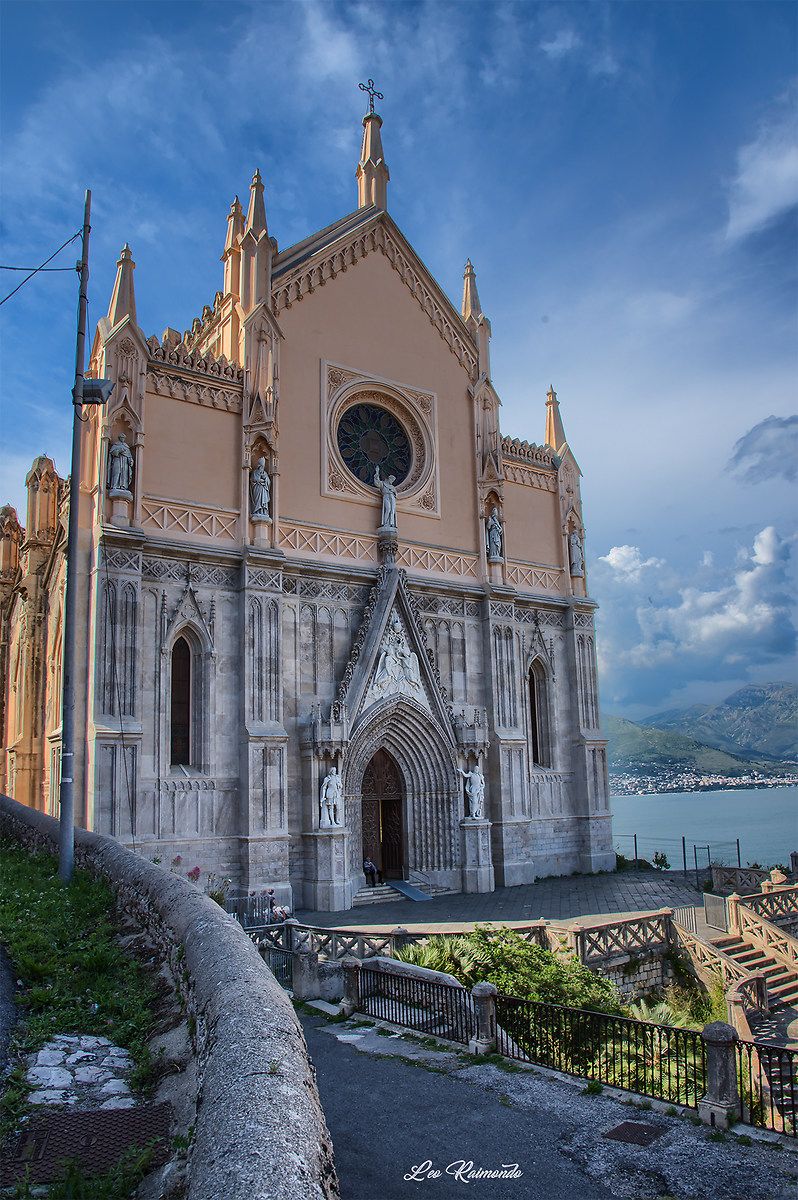 Slightly higher than the Angevin one, the Aragonese castle was built by Emperor Charles V during the reinforcement of the Gaeta defensive walls.

It is in this building that Giuseppe Mazzini was imprisoned in 1870.

Currently it is the seat of the nautical school of the Guardia di Finanza.

Probably built between the sixth and seventh centuries during the French domination of the Angevins, the Angevin castle was home to King Frederick II of Swabia during the clashes with the papacy, the king right here strengthened it with fortifications, sensing its strategic importance.

Until a few years ago, in the castle there was the Military Prison of Gaeta but currently it represents a branch of the University of Cassino.

It was the year 1740 and King Charles III of Bourbon ordered the construction of other defensive walls for the city of Gaeta, to reinforce the bastions and the port.

The Charles III gate was therefore rebuilt in 1811 with a brick bridge. 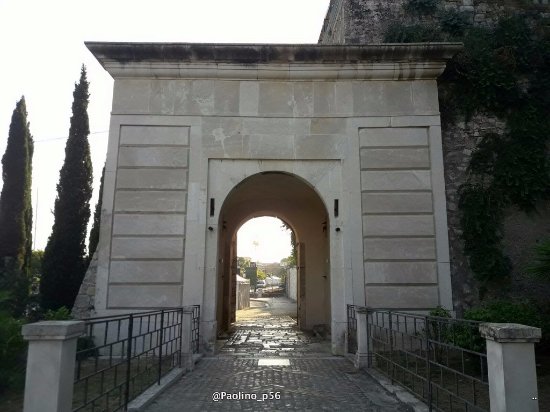 At the foot of the split mountain, in one of the three cracks, there is the Turkish cave.

The name derives from its use during the duchy of Gaeta, in fact in this period the cave would have offered shelter to Saracen pirates.

Three hundred steps lead to the marvelous cave at sea level, but unfortunately only 60 are practicable.

The Turkish cave will surely leave you breathless for its immense beauty! 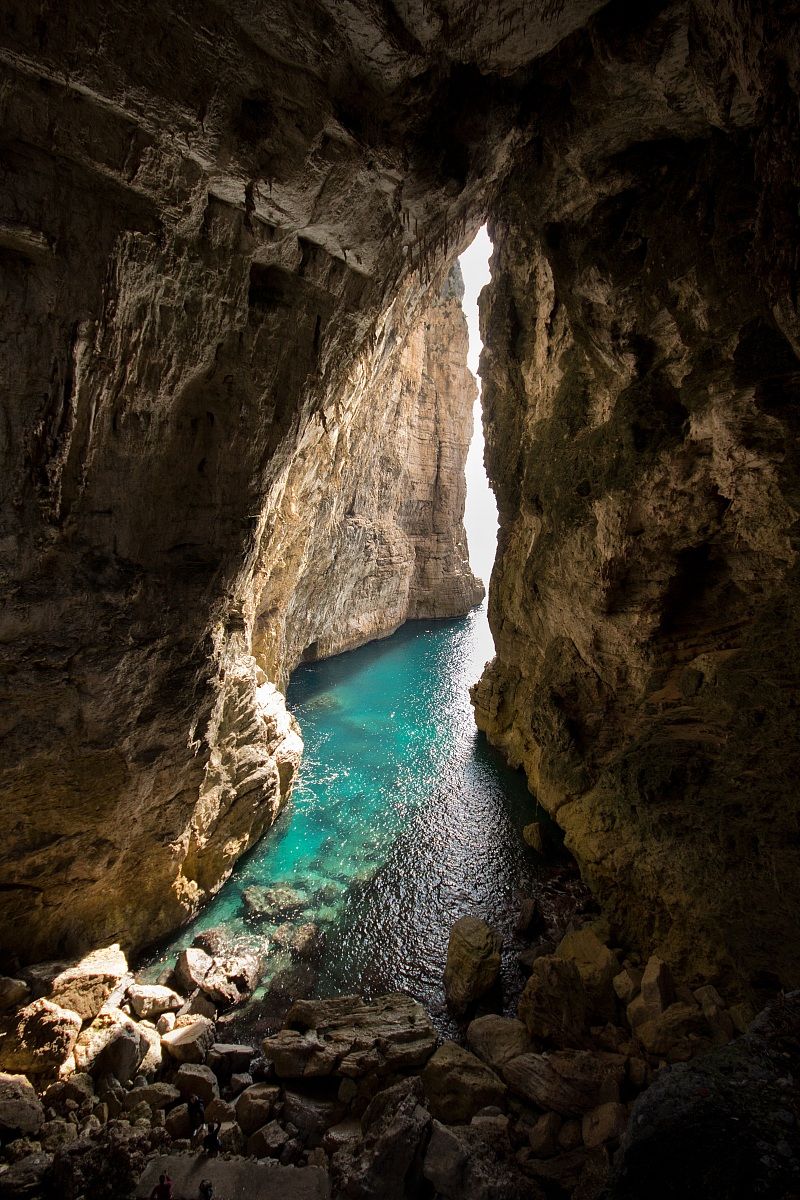 Located on the western side of Monte Orlando, Montagna Spaccata (Split Mountain) is another must-see in Gaeta.

The name of the Montagna Spaccata comes from the three cracks in the mountain that occurred, according to tradition, following the death of Christ.

“50 And Jesus uttered a loud cry and expired. 51 And behold, the veil of the temple was torn in two from top to bottom, the earth was shaken, the rocks were broken “Matthew 27,50-51

Without a doubt it is one of the most evocative attractions of the city but also a very popular place of worship.

In fact, going down 35 steps from the Sanctuary of the Holy Trinity, you will find the Chapel of the Holy Crucifix, a destination for frequent pilgrimages.

Among the most “famous” pilgrims who retired to the chapel in prayer, we find Pope Pius IX, Ferdinand II of Bourbon, and the religious Filippo Neri.

Full of mystery and charm, it is impossible not to notice the imprint of a hand and the related inscription in Latin engraved on the rock face. According to legend, a Turkish sailor did not believe in the sacred origins of the three fissures of the Split Mountain. Leaning on the rock that miraculously became soft with the pressure of his hand.

The legend is also reported on p. 66 of the book “Brief description of the most notable things in Gaeta. Very ancient city, and very principal fortress of the kingdom of Naples.

According to the historical notes collected by Mr. D. Pietro Rossetto” 1690 (you can read the full text here for free)

In fact, the Latin inscription reads in this way: “An incredulous person refused to believe what the tradition refers to, this rock softened at the touch of his fingers proves it.”

Always staying in Monte Orlando, our journey comes to an end with the Mausoleum!

The mausoleum is a sepulchral monument built around 22 BC.

The external wall of the monument is about 11 meters high and consists of large blocks of stone, while internally we find the typically Roman opus reticulatum.

But who was Lucio Munazio Planco? Born in Tivoli, Lucio was a close collaborator of Caesar and a great friend of Cicero. Among his deeds we remember the foundation of the cities of Basel and Lyon.

As a great admirer of the Gulf of Gaeta, he had his villa and mausoleum built on the highest point of the city, in today’s Mount Orlando.

Do you want to enjoy the sea of ​​Gaeta in full relaxation? Book your next summer holidays at Papardò!